This project titled “Cordwood Education Center” is part of the School Forest property for the Merrill Area Public School System. The district and the building committee wanted to have a building that would serve as a Classroom, Nature Center, and Warming Shelter where students could gather after hiking the forest trails. It would also model best practice principals of alternative construction and showcase renewable energy for the community of Merrill, in north central Wisconsin. After investigating various alternative construction options they decided to build a cordwood structure in which building materials would be sustainably harvested from the surrounding forest. The basic structure is post and frame construction with split 16” length cordwood infill. The foundation ia a rubble-trench with a thickened slab edge. Solar in-floor radiant heating was installed. The roof is standing seam metal with the ability to add photovoltaics in the future. The majority of the construction was completed by volunteers and students were educated during the process. Recycled colored bottles (known as “poor man’s stained glass) were mortared into the walls among the logs. This was the first project of this type of construction to be approved as a commercial project in the State of Wisconsin. 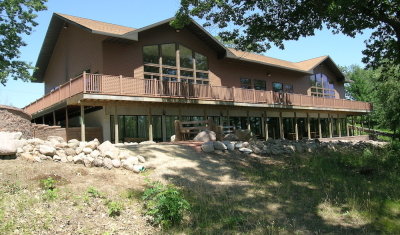 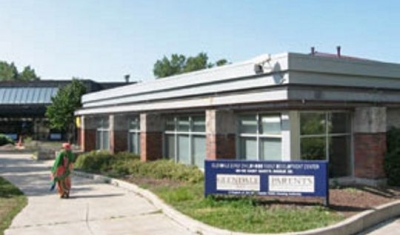 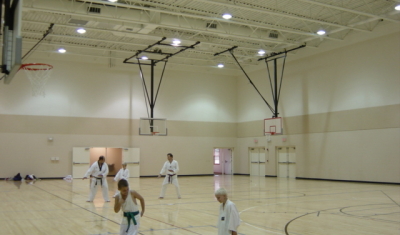 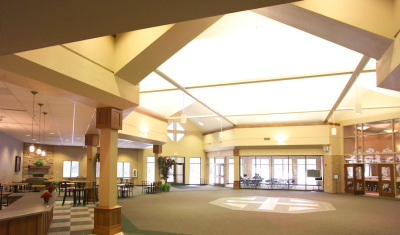